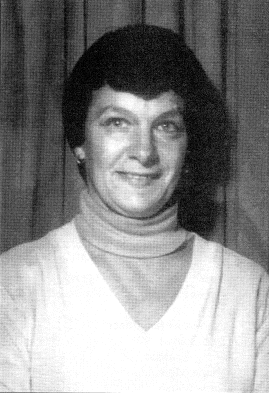 Barb Brown was born at the old Rutland Hospital, the middle child of seven, to Austin and Catherine Johnson of Leicester, VT. She grew up in Leicester starting her education in the one room school just down the road. Later she attended the current multi room school until she graduated to the old Brandon high School. As a :freshman there she was enamored with a certain senior and snared him as a date for that years Sadie Hawkins dance. Her search for a life mate was over. Ken graduated the next spring and in the fall joined the Army. Three years later he returned when Barb graduated with the first class :from OVUHS and took her as a child bride. They enjoyed a two month honeymoon at Fort Wood, Texas. Upon discharge they returned to Goshen. Ken joined the family logging business and Barb began her primary career as a mother. Scott arrived the next year. Three years later twin girls, Ara and Erica, arrived to more than fulfill the desire for two children. With the children approaching school age Ken took advantage of the GI Bill to pursue his BSME at UVM. The family moved to Winooski where Barb achieved her PHT degree and served a year as president of the UVM wives club.

After graduation in 1972 the family returned to Goshen. This was home, fame and fortune elsewhere was not worthwhile. With the children now all in school Barb was eager to.find work. She foundit at the hot lunch program at Neshobe school which allowed to to also be available any time he children were not in school. She served a term as auditor in the Town of Goshen. Then in the centennial year 1976 she took on the job of Delinquent Tax Collector which she has continued until this year. Barb continued working at Neshobe kitchen until 1985. She felt the need for a change and moved to high fashion at the Fashion Shop in Rutland. The low pay, long hours and the commute wore thin after a couple years.

In 1987 she accompanied Ken to London, England on a TOY tour for several weeks while he worked on a prelaunch testing of a new product for Xerox Corporation. She thoroughly enjoyed wearing out a pair of shoes exploring London while Ken worked. Her joy can be seen in the accompanying transit pass photo. To fill the time she also volunteered at the thrift shop and was amused by the locals ranting about Fergi’s activities. In the fall that year she returned to Neshobe as a teaching assistant to which she dedicated the next twenty years until retirement in 2007. Since then she has continued with the tax collecting routine adjusting to the digital age and NEMRC. Barb is again feeling the urge for change and is retiring.

Forty years ago in 1976 Barb began her tenure as delinquent tax collector for the Town of Goshen. She assumed several years backlog which she soon brought up to date. In the following years she maintained a consistent but fair policy of clearing the delinquent list before the end of the fiscal year every year since using the tools granted by the state statute for that purpose. This is not a job likely to win popularity award :from your clientele but she did it with grace, patience, tolerance, persistence and dedication to the benefit of Goshen. She spent many long days and nights on the documentation required, more than earning the fee allowed by the state statute. As she passes the baton to the next collector the slate is clean except for the entries.

Thank you Barb for forty years of dedicated service.