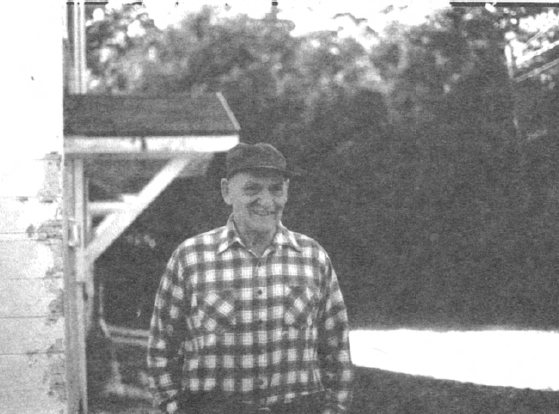 Chet moved to Goshen in 1946 with his new bride Esther, as a wedding gift to each other they bought their house from Albert Titus. Together they raised six children, eight grand children, and three great grand children.

Chet was always a generous and helpful man, he could be found fixing (or cobbing) things together for friends, neighbors, or family. He was also a man of many trades throughout his life, from delivering block ice to refrigerators, a logger, a mechanic at Lee Smith’s garage, and a handyman for Sid Rosen. Chet was also active on many town boards, including selectman, school board, Humane officer, Sexton, he also worked on the roads. Chet could also be found helping at the recycling.

In 1974 Chet helped to build the vault on the back of the Town Office, donated land to the town to build a kitchen onto the church. Many people share memories in the downstairs of the church for dinners and bingo, Chet many times would set up the tables and chairs, then Esther would send him off to pick up people who needed a ride.
Chet was also known to have many animals, including Chicken Little (Esther didn’t like him in the house), nanny goat, Harriet the Cow, and the mouse catchers Dirty Chin and Patches.

Chet Hallock was a part of Goshen for over a half a century, his character and generosity will be greatly missed by his friends, family, and neighbors.