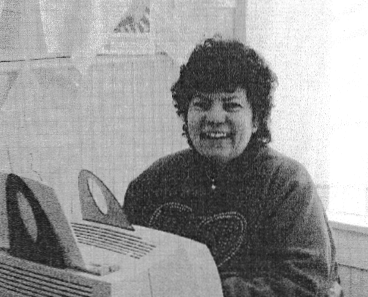 Barb was born in Salisbury, Vermont, daughter of Richard and Amber Swenor. She and her older brother, Chester Swenor spent most of their youth in East Middlebury and attended the local schools. Barb later received her accounting knowledge in Burlington. While living in East Middlebury, she met Roger Hornbeck whose profession was a timberjack. They married and had two children, Jennifer and George. A fatal accident in the woods took Roger’s life leaving Barb with two very young children. Today, her son, George lives in Goshen with his three children, and her daughter Jennifer lives in Brandon with her two children. Later Barb met a dear friend of Roger’s, George Walsh. In the early 6o’s, Barb and George married and moved to Town Hill Road in Goshen. Barbara worked at the Brandon Training School while George worked as a professional timberjack and as the Road Commissioner for the Town of Goshen. In 1966 Barb and George had twins, Tammy and Jerry Walsh. Throughout the following years Barb filled her days with caring for their 4 children and accompanying George while working on the roads, and working evenings at the Brandon Training School. They moved to Carlisle Hill Road where they built a home together. In February, 1996, George’s life was tragically taken in the woods.

Barb continues to live on Carlise Hill Road and has become a great asset to the Town of Goshen. She is a Lister and Auditor and has been for many years. She is also active in the recycling committee. Barb holds the towns interests at heart and strives to keep peace with all the town residents. We have much to be grateful for this dear and warm hearted lady.