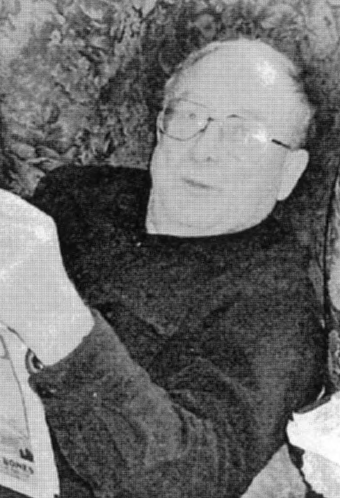 J. Douglas Graham (“J.D.”) first set foot in hen in 1966 as an engineer newly employed by Central Vermont Public Service Corporation in Rutland to learn about the different hydroelectric stations around the state; Goshen Dam being one of them. He subsequently became mana r of all the hydro generation.

In 1968, he acquired some land from Thad Hayes and built a camp with the help from family and friends. Most every weekend Doug, his wife Nancy and his son Doug would come up from Rutland to spend time here and they quickly became involved in numerous community activities. In 1977 the family moved to Goshen permanently. Doug’s first elected office was to become Town Moderator in 1978. He was also appointed to the Planning Board and became Energy Coordinator at the same time. He held the Moderator’s position until he was elected Selectman in 1980. He also represented the town at the County Solid Waste Management District. Retiring from the power company in 1996 has enabled him to spend more time in his shop restoring old tractors, just some of his many interests; but he still maintains a concerned interest in the Town’s welfare by presently serving on the Planning Commission and being one of the Cemetery Commissioners. A certificate of appreciation was awarded to Doug in 2000 from the Vermont Secretary of State in recognition of his many years of service to the Town and to the State of Vermont.